SeLene™ Selective Hydrogenation Catalysts for the Valorization for Pygas Cut 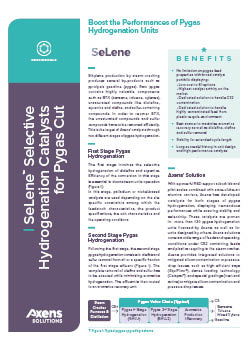 This is the target of Axens’ catalysts through two different stages of pygas hydrogenation.

Let’s see what we can achieve together. Get in touch with us!